Michael Phelps Is Not The Greatest Olympian Ever 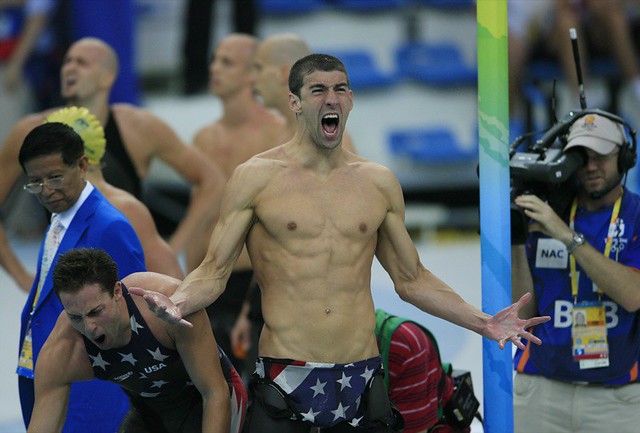 1. Swimming is not a real sport.

That’s the crux of it all right there. Swimming is athletic, it is challenging, it’s even sporting in a way but it’s not a ‘real’ sport. Sports involve competition, not comparison. Real competition involves your actions being directly affected by the actions of your opponents. Comparing times is not real competition. This isn’t a flaw unique to swimming but it does put swimming in a lower tier than any true sport. This is like being the captain of your JV team and declaring yourself better than the varsity athletes. If you don’t actually engage in a tier 1 sporting event, you can’t be the greatest, even if you’re the best at what you do.

2. He only has medals in one sport.

Michael Phelps is a great swimmer, probably the greatest Olympic swimmer of all time. That doesn’t change the fact he’s a one trick pony. If you have a medal in running and jumping you’re automatically a better Olympian than Michael Phelps, even if you only have 2 medals.

3. Actual sports have one event per Olympics.

Best boxer in the world? You get one medal. Best swimmer, you get a dozen. That doesn’t make you better it makes the Olympics worse. The Olympics being flawed and giving 1/10th of their medals out for swimming doesn’t mean those medals are of the same value as other sports. They are not. Any decathlete is a better Olympian. They do multiple events yet can only get one medal. They are like a reverse Michael Phelps.

Winning a gold medal in 4 Olympics or more makes you better than somebody who won medals in 3.

They count for the country and coach but it’s not what you did so much as being lucky enough to be on a team with other talented people. Being part of a winning team doesn’t mean that you are individually great. He didn’t even compete in the finals of one of his relay golds.

6. He was the top swimmer at only 2 Olympics.

If you were the best at a sport in 3 Olympics, you’re better. Since the medal count is totally skewed by the Olympics wanting to marry swimming we should look at who was the best at a sport for how many Olympics. Phelps has 2. Other Olympians have more.

To me ‘greatness’ is more than being a good athlete. Being “great” at something often requires qualities beyond what the sport itself requires. By many accounts Michael Phelps is a complete douche. I don’t know the man so maybe he’s not. Just because a lot of people -including some of his fellow Olympians- express a certain opinion doesn’t make that opinion fact. What is a fact though is Michael Phelps has a DUI. That, alone, makes him a douche. That alone tarnishes any “greatness” he may have.

In general, swimming has been given an unfair amount of medals. An insignificant privileged “practice” of real sports is given a 10x valuation for strange, arbitrary and political reasons. We don’t have a potato sack race or a hopping race in track. Styles of swimming don’t deserve their own medals just as “walking fancy” shouldn’t have a separate medal from regular walking.

When the singular event you compete in is less of a sport than StarCraft 2 you cannot be considered the greatest Olympic athlete, no matter how good you are at it.

Jeff was born in the back of a War Game Store on the day the first Star Trek movie came out, to a computer programmer mother and a father who wrote the story for Dragon's Lair. Jeff has an MBA, a CSM, and a penchant for sticking his nose where it doesn't belong.


3 Responses to “Michael Phelps Is Not The Greatest Olympian Ever”